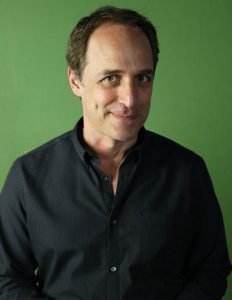 The Book of Lists reports that public speaking to be the top fear of Americans. This is followed closely in order by: heights, insects, financial problems, deep water, sickness and finally death (barely edging out fear of flying).
What is it about public speaking that scares so many people? And how can that possibly be more frightening than insects (and clearly, spiders fall into that category)?  Personally, I would rather stand in front of a group of 1000 people speaking about spiders than have one crawl up my arm. Perhaps that’s just me, but I would wager than I’m not alone in that regard.

So, what is the reason? And more importantly, how do we face down that fear?

There is, indeed, something daunting about facing an audience, whether it’s to perform in a play, present to a group of colleagues or give a speech. There is a sense that the audience is your enemy, waiting for you to make a mistake. Or that suddenly, without warning, your brain will completely lock up, forcing you into a catatonic state, incapable of speaking. Or any one of dozens of awful scenarios that we invent to talk ourselves into not getting in front of an audience.

If you take a moment, it’s completely illogical to think that your brain would cease to work in the same way it does when you are sitting in the audience facing the stage, as opposed to the other way around. We spend enormous energy convincing ourselves that facing the audience somehow invalidates our normal cognitive functioning. But if you think about it, has it ever actually happened to you? Have you ever completely blanked out while talking? That just isn’t something that ever happens, except in bad dreams.

This fear, which is entirely self-generated, has kept so many people away from sharing their stories, or speaking publicly or pursuing a career or hobby in the performing arts.

I have had the great privilege to teach thousands of people over the past few decades, and I am continuously presented with the same concern from new students: “What if I freeze up on stage?” Now, my line of work is largely steeped in improv comedy training. There are no lines to memorize, no script to follow, no marks to hit. What could possibly be the freeze up moment in that scenario? I understand the concept of stage fright, but seriously, what could possibly be the consequence that this student is concerned with? Are you going to forget the lines that you don’t actually have?

It’s really more about the idea of failure. Failure is a concept that we so often define for ourselves. What does failure really mean? Not reaching your goal? Creating an idea that doesn’t work? Not being entertaining, funny, interesting enough? Are those really failures?

Business classes are full of anecdotes about things that seemed to be failures at first, turning into huge successes. Post-it notes are a great example of a “failure” of glue. I’d like to think that Reece’s peanut butter cups are a failure of people walking through a revolving door, but I might be wrong on that.

So often, at my theatre, an instance that looks to be a failure, ends up leading to a magical moment on stage. The discoveries that occur when plans are disrupted leads to further breakthroughs, innovation, and creativity. We should welcome the possibility that things could go wrong, since there’s always a way out. And very often, that way out is more interesting than our original intent.

If we could convince ourselves that failure is not something to be feared, and is simply a concept that we define for ourselves, we can reduce the amount of anxiety we experience. It’s not a failure to be nervous before presenting to a group, the only failure is in letting that nervousness keep us from doing it.